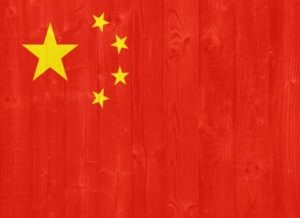 (radio-frequency identification) chips for scanning is apparently a step to alleviate the country’s notoriously poor traffic.

Even without its thick smog-like Blade Runner, China would be fully qualified as a modern dystopia of real life thanks to a tightly regulated national network and a deeply authoritarian government. Well, guess what, the government will have even more tools to track and monitor its citizens, thanks to RFID technology, which will get into the new cars on the Chinese market next month, according to the Wall Street Journal.

If it sounds creepy and weird, you’re not alone. The program appears to be used to generate data that helps facilitate Chinese traffic, but critics of the plan say it is also being used as another powerful tool for national surveillance by the Chinese government.

The RFID chips are read by state-installed sensors along the streets and provide the Ministry of Public Security with vehicle and owner location data. This type of RFID scanning is less accurate than GPS tracking because it only appears when vehicles pass sensors, but it is still enough to profile a person’s habits, depending on where they are driving. The China government is now accepted to be a world power seat as it keeps using technology to advance the state of affairs of the nation, despite population-related issues.

The program should start in July and be optional in the first year. After that, it is mandatory for all new vehicles. With vehicle sales of around 30 million a year, it is not difficult to see how this type of data collection can be problematic for the Chinese, especially when combined with data from a single source. A wide range of state security cameras, face recognition and of course internet surveillance.